So I don't know enough yet eh? 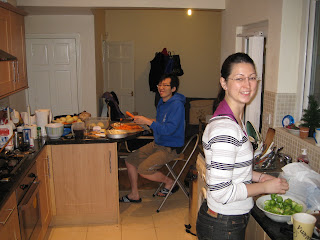 Prepping after coming back from work. 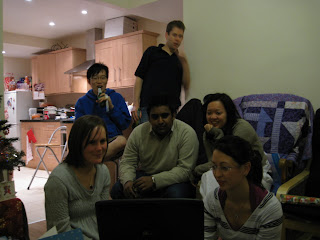 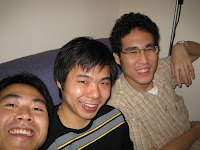 Fellow countrymen in a far off land.. 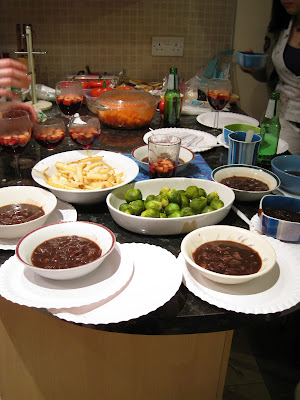 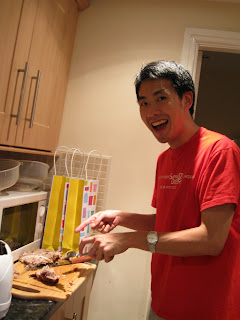 As well as roast pork! 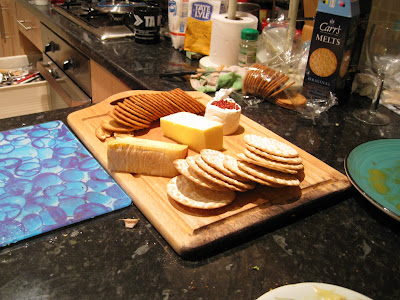 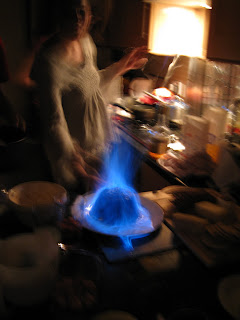 And christmas pud with brandy sauce - props to esther! 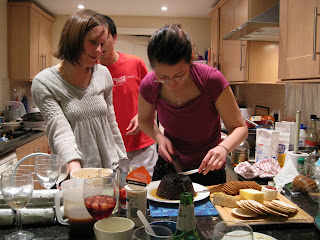 everyone gets a slice...notice the crackers! 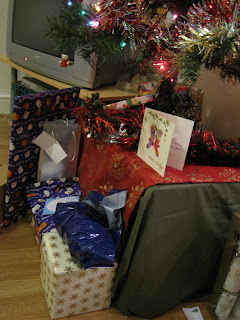 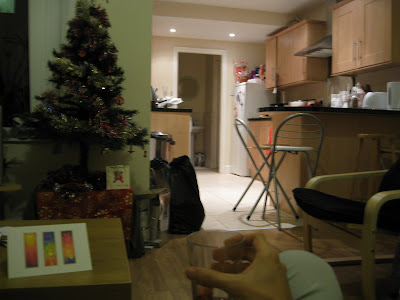 Relaxing with a glass of mulled wine, basking in the aftermath of a satisfying night..
Posted by Jonathan at 2:21 pm No comments:

Hey all, wherever you are, all over the world, have a happy Christmas and a great run-up to the New Year!

Just went on Amazon.c0.uk, and if you have an account, they are offering GBP3 worth of MP3 downloads, only available on the 25th and the 26th of Dec, so have fun picking out your tunes!
Posted by Jonathan at 3:27 am No comments:

Just finished probably the most tiring set of nights so far since I started.

Something that's stayed with me this week, both as a reminder and as something to push me:

'You will keep in perfect peace him whose mind is steadfast, because he trusts in you.' Isa 26:3


As I get stuck into working life my worry is just that, that I'll get stuck into it to the exclusion of everything else. Isa 26:3 for me, is a good reminder to get a life!
Posted by Jonathan at 3:44 pm No comments:

IN hospital every Friday, there's this massive meeting which EVERYONE in hospital gets tom come to, usually for the hot coffee/croissants to start with, then later adjourning to the lecture hall for a presentation on a research topic.

This Friday just gone however, the hall was packed. Standing room only. What groundbreaking medical event, what life-changing, revolutionary drug/treatment/procedure, indeed what mind-blowing gloopy wonder was being presented? You'd have thought the cure for AIDS, or the common cold was being revealed on stage.

In fact, the hall was super crowded because a doctor apparently was amusing himself watching Youtube, and thought it would be a good idea to show some nurses what he was watching. And as a result, the Royal Liverpool University Hospital invites:


to perform an hour of Christmas comedy, right before the hospital descends into its usual Friday chaos.

I got there late, somehow forgetting this was happening, as as such had to squeeze myself into the 'standing room only' spot right at the back of the hall, from which I couldnt even see the stage, much less the performing duo.

For the uninitiated, Amateur Transplants are a couple of practising doctors (at least, i think they are practising!) Dr Adam Kay, and Dr Suman Biswas who do comedy routines, incorporating a lot of music via keyboards, which makes them rather special, if not entirely unique counting their profession.

They have plenty of Youtube videos, so feel free to check them out! Having heard some of them online before, i was still in laughing along with the rest at the Anaesthetist's Hymn, Finals Fantasy, Take A Look At Me Nan and tons of short bits marrying pop song parodies and medical tidbits that medics (and some non-medics!) would identify with!

At the end (by which time I'd gotten barely a 5 second peep at the stage), the crowd got up to disperse, and being right at the back, I was one of the first out. While looking around for a friend whom I was standing beside earlier, I realised that Adam and Suman had actually sneaked out ahead of everyone to cool off..Feeling suddenly tongue tied, all I could manage was a 'wow, well done!' to which they replied 'yup, that wasn't too bad was it?' before remembering I had a ward round to catch up with and rushing off.

It was only later I'd realised....

I should have grabbed a photo while I had the chance!

Wondering about a Christmas Party.. 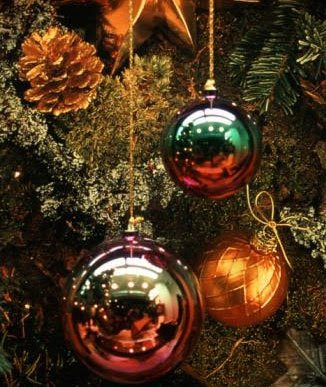 but I need to work work work...sigh.

To be a student for the christmas holidays!
Posted by Jonathan at 9:24 pm No comments:

Christmas is coming, the geese are getting fat..


This one because of the toy cars/soldiers..

Happy December!
Posted by Jonathan at 7:17 pm No comments: