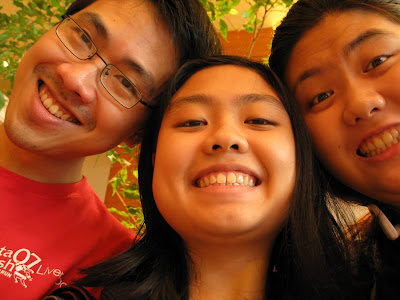 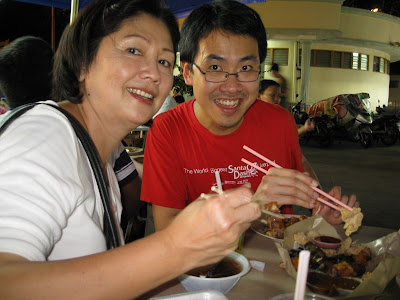 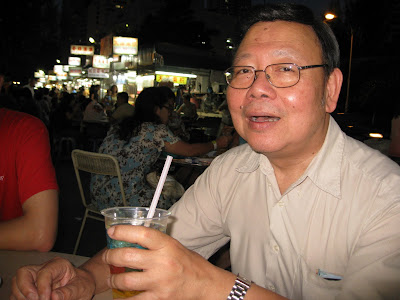 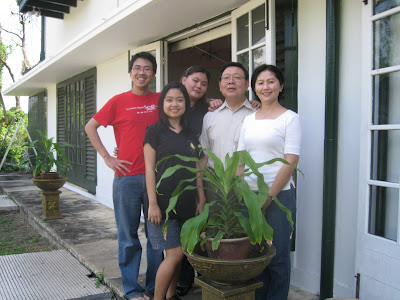 Growing up Pa used to play this all the time (think he still has the cassette!) - to this day it isn't really Christmas until I hear this playing somewhere.

A MYF classic - we used to sing this to death every year - still remember the first time I heard it though.
Posted by Jonathan at 12:46 am 1 comment:

And we know that in all things
God works
for the good
of those who love him,
who have been
called according to his purpose.
God works - not by accident or left to the vagaries of fate nor left to chance

a force with purpose and a will stronger than steel behind it, directing and guiding every movement, each action carefully gauged and measured to have maximum impact in every life involved.

For every time I've taken this verse to mean God blessing my efforts/attempts at various projects, I've failed to realise that it's God who's been working and using me

Hence when things don't go how I expected them to, its less of God not coming through, but more of God changing my poor and often wayward efforts into something worthwhile in the end.
Posted by Jonathan at 9:50 pm 1 comment:

My car is a transformer! 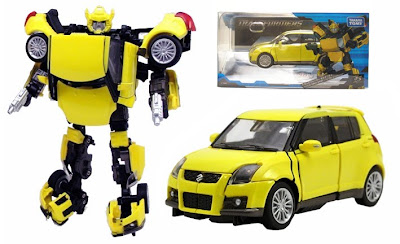 If anyone still wants to get me a Christmas present....
Posted by Jonathan at 4:48 pm No comments: 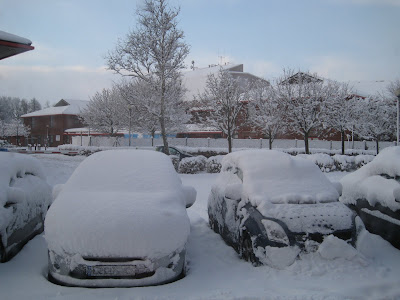 The heaviest snowfall here so far.
It was fun for all of 15 seconds as I realised there was no way my car was getting out of the parking lot that day. 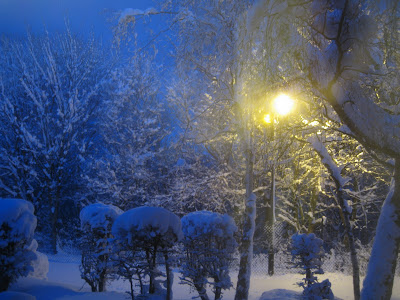 A Narnia moment. Anyone want to watch this before it closes?
Posted by Jonathan at 4:36 pm No comments:

Something else I remember about Christmas back home was carolling around the homes and hotels in Sitiawan with the church youth group. The run up to Christmas would be filled with morning practices - normally preceded by a coffeeshop breakfast as school holidays had begun. Bass, tenor, alto and soprano singers would be magically discovered within each batch of secondary school students, many of us not having any musical knowledge haphazardly separated by a pianist trying out our individual pitches.

Once slotted into our groups, we'd break up and learn the parts from indivisual songsheets with either a pianist or guitarist showing each group the melody. It was an exercise in memory as we'd learn the bassline, for example, down by heart and try to exorcise all memory of the actual melody of the song. An exercise that invariably broke down when all the groups regathered to try out the 4-part harmony together as the soprano singers (who always seemed to be the most numerous) ended up dragging everyone into their melody.

There were the staples from the Methodist Hymnal: Joy To The World, Silent Night (both of whom had their distinctive guitar intros that were reused year after year), We Wish You A Merry Christmas, which would invariably be sung repeatedly in an ever-faster tempo, O Come All Ye Faithful, Hark The Herald Angels Sing and Angels We Have Heard On High. On occasion, someone would produce new songs and arrangements, which after a year or two, became staples of their own.

While the practices were going on, the youth group committee would be gathering invitations from homes (mainly church members) to which we would then go on the nights of the 24th and 25th. On the nights themselves, we'd start off at Pastor's manse - always as a dry run where mistakes would be giggled at. After a final prayer, we'd split into 2 groups to cover more ground. And as the night went on, the singing became more and more boisterous as people grew more tired. The climax would normally occur at a house where both groups planned to meet up at - the singing would then increase exponentially in volume as both the musicians and singers doubled in volume and soloists found themselves dueting instead.

The real challenge of course, was waking up for Christmas morning service in church after a late night carol session on the 24th!
Posted by Jonathan at 3:41 pm No comments:

If you played computer games from the 1990s to early 2000 and enjoyed classics like Baldur's Gate, Planescape Torment, Jagged Alliance and Duke Nukem, chances are you'll have heard of GOG.com. If not, here's a good reason to check them out!
Posted by Jonathan at 2:16 pm No comments:

Happy pre-Christmas to anyone still reading this sorry collection of words and disjointed sentences!

My 4th Christmas in the UK and due to work am getting caught up in the swing of things a bit later than usual. The perpetual cold, tree branches sticking bare at all angles, moving shopfront displays (nope not actually IN southport!), christmas markets and carol songs blaring from every shop all add a festive mood to the air. The hospital wards with christmas trees are the good ones i think.

I do miss Christmas at home though, the staple of the season was the big Christmas dinner at the grandparents house where for one day of the year the big sitting-room tablecloth would be whisked away to reveal a dark polished wood surface. The kitchen would be occupied from early afternoon to dinnertime while the tabletop would be covered with large bouquets of flowers/fruits and the fancy dinner service would be placed next to wineglasses.

The family would gather at dinnertime and presents would be put on the sideboard. Uncles and aunts would bustle in and out of the kitchen bearing plates loaded with cuts of meat, pots of steaming gravy and bowls of peas and potatoes. The uncle in charge of the main bird for the night would be standingby the oven, forehead brimming with sweat, checking to see if the meat was cooked through.

And when everything was ready - the first course began - with everyone eating except the uncle in charge of the food who had to be continuously entreated to sit down and have a bite instead of running to and fro from the kitchen. Dessert usually consisted of christmas pudding set alight with all the lights off, after which the presents were exchanged - always the best part of the evening for us small fry.

And then followed a nice sit-down time with drinks where the cooks would be congratulated on their cooking, and various family members would put aside their differences and recall memories of childhood pranks and the doings of family members and friends long-gone.

And after that the food distribution which would last everyone at least till the new year..ahh Christmas at home.

Posted by Jonathan at 1:09 pm No comments:

My first day on call back in acute medicine - though I haven't killed anyone that I know about, its been slightly nerve-wrecking. And the next day I get my own ward round. After my last job in which >2 inpatients was considered more than the average, to sort out 12 patients for the weekend without team support meant that I left an hour late.
Posted by Jonathan at 1:10 pm No comments: